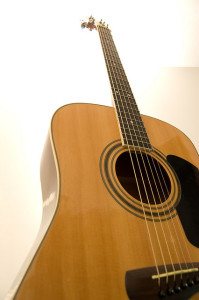 The past 15 months have inspired me to reconsider so many of my long-held truths.  In this series of posts, I’m laying bare the evolution of my attitudes, the fears and reservations that have held and continue to hold me back, and the steps taken so far to get closer to where I want to be.

Reading Rick Wormeli and watching his TED talk on the subject started the ball rolling for me on this one.  Further fuel was added by the thoughts and research of Carol Dweck and the Growth vs. Fixed Mindset which Wormeli mentions at the beginning of the talk.  Along the way, I watched another enlightening presentation about skateboarding by Dr. Tae.

Whether these beliefs are practical or not, whether they conform to the way we have always done “school” or not is truly not relevant.  Eternal idealist, I am holding as my guiding star what should be, rather than what is or even what can be.  The three points below summarize my idealistic epiphany:

I am not insensitive to the pull of practical concerns.  Educating scores of young people together requires “COMMON” threads, “CORE” principals, and an understanding of what normal progression looks like.  All good teachers know when they’re moving too slowly or too quickly.   By the time some students are 10, they may be as much as four or five years behind age-mates who’ve progressed more quickly.  Would it be appropriate for classrooms to have 10- and 5-year-olds all working on simple addition?  I am not sure, but I also wonder if it is appropriate for 14-year-olds to be pursuing mastery of algebra when large segments of them never really conceptualized addition, subtraction, multiplication or division.  How can we possibly demand mastery before moving on?    I do not pretend to know yet HOW what I’m proposing can be achieved. Will each one of the students in my care be working on a different objective?  Is my already taxed attention to be further diluted?   When does the timer run out on certain skills and competencies?  Never?

In the next phase of my professional life, I aim to find answers to these questions, rather than to allow their mere existence to blind me to truth.  I am now more compelled to figure out how to do it, because why we should do it is so overwhelmingly clear.